Thus, when the unsaturated air is cooled to a certain degree, it reaches the saturation point; when further cooled, moisture is removed from the air as water droplets. This temperature is called the “dew point”. As can be seen, one way to remove excess moisture in the air is to cool the air so that it falls below the dew point. Industrial Humidifier is a second method to easily pass air over moisture absorbing substances.

Industrial Humidifiers and cooling systems work especially by spraying water directly to the air or the ground or by passing the air from an aqueous environment with the help of a fan. Centrifugal humidifiers are also used.

In the high pressure humidification systems placed in front of the evaporator, there are some problems such as deterioration of the product quality due to water droplets falling on the products, continuing to drip water from the nozzles when the system is turned off, and separation of the connection points as a result of freezing of pipes carrying water due to low temperature.

If centrifugal humidifiers are used, there are some problems such as insufficient capacity of the existing systems in cold storage, being expensive systems, not being able to connect to central cold storage automation, and not being monitored centrally.

Controlling the humidity in the air is primarily important for the comfort of people. In addition, the quality of the products produced in some factories depends largely on the degree of humidity of the air. In hot and humid weather in summer, some food becomes so moist and sticky so that the packaging becomes difficult. Especially in the factories producing confectionery, pasta, medicine, photographic films and paper, it is very important to control the humidity and temperature conditions. 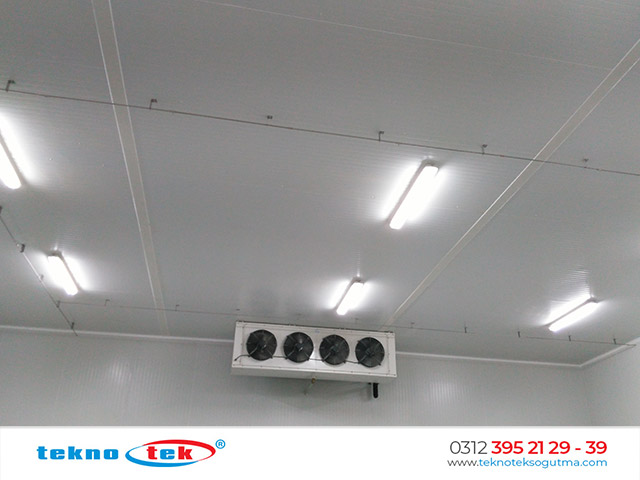