Cold storage for potatoes is very suitable for storing potatoes. However, if they are to be stored in cold storage, unlike most types of vegetables, you need to pay attention to the storage conditions and pre-treatment of the potatoes.

If a cold storage for potatoes is used,  it must be dried before storage. Spoilage can be occured in potatoes stored without drying. Therefore, pre-storage operations are just as important as storage conditions. As Teknotek Cold Storage and Cooling Systems, we provide installation and technical service suitable for any area you want.

How To Store Potato In Cold Storage?

In the past, the storage of vegetables was limited to only a few weeks due to lack of technological facilities. However, root crops such as potatoes and onions are the most consumed vegetables throughout history, as they have months of storage. Although these plants continue to be stored in cold storage today, the amount of waste in long-term storage is quite high. For this reason, the cold storage of potatoes is becoming more common day by day.

Products stored in cold storages preserve their freshness of the first day until they are removed from the storage. Thus, foods that will be transported to distant countries or stored for a few months should be placed in cold storage. Thanks to the cold storage, many seasonal vegetables and fruits can be consumed in all four seasons.

How are Potatoes kept in Cold Storages Released to the Market?

In order for the carbon dioxide produced during the storage of potatoes not to accumulate in the warehouse, the carbon dioxide formation should be checked and controlled periodically. Potatoes to be released to the market, on the other hand, are not taken out of the storage directly, instead the temperature is increased by 1 ° every day. Once room temperature is reached again, the potatoes can be placed on the market again. 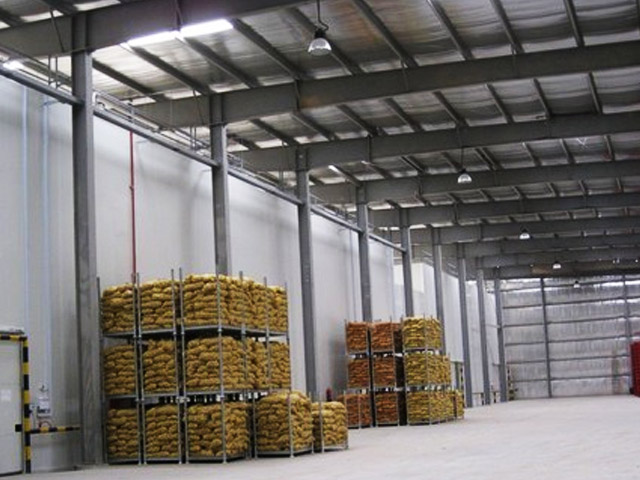